For more of my Articles 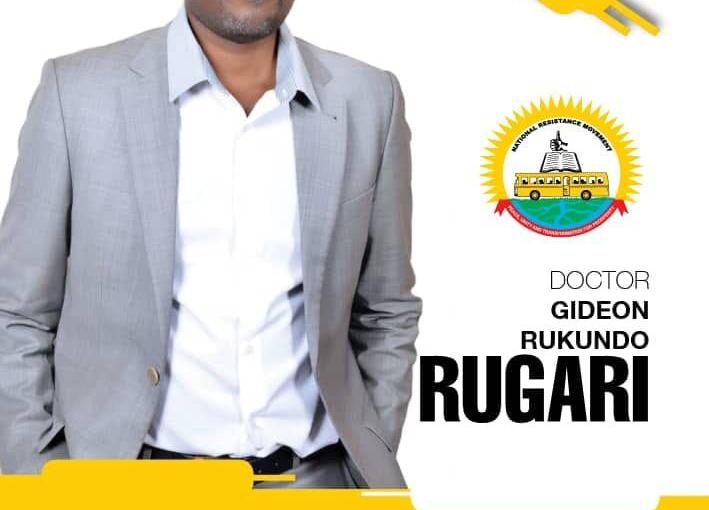 Gideon Rugali Rukundo, an NRM fanatic who harbors political ambition to be the Ndorwa MP, is constantly on social media engaged in a smear campaign against Rwanda. He is listed as one of the Rwanda National Congress (RNC) executive committee members in Uganda, along with Sulah Wakabiligi Nuwamanya and his girlfriend Prossy Bonabaana. Rugari is a regular attendee of RNC executive meetings in Kampala.

Born and raised in Rubaya, Kabale District in 1974, he is the son of Rugali and Makurata. Like me, his mother Makurata was a Rwandan national living in and having established in West Uganda. But her origins are in Musanze.

Rukundo Rugali is the first born in a family of 7. He is married to 2 wives and a graduate of Makerere University in medicine having specialized in surgery, and worked at Mulago Hospital.

But his past is filled with intrigue. In 2003, Rugari fled from Uganda to Rwanda after the Ugandan Chieftaincy of Military Intelligence (CMI) was hunting him down for supplying medicine to a rebel group in Uganda – the Popular Resistance Army (PRA). It took the intervention of the then Minister of Internal Affairs, current Prime Minister, Dr. Ruhakama Rugunda, to get Gideon Rukundo to turn himself in before he was mysteriously cleared. He has since felt much empowered and untouchable.(Read The Ugandan Monitor for more Details )

He became rude and aggressive while at work so much so that one day his supervisor, Doctor Diane Twine, (the Permanent Secretary in Ministry of Health) had had enough of his antics and fired him.

After losing his job, Rugari got broke and could not afford a basic livelihood, let alone sustaining a polygamous family that was based in Nalya in Kampala and another here in Kabale.

His political ambitions always had him seeking for patronage around corridors of power. It helped him that people of Rwandan origin tend to work tirelessly for Museveni. Rukundo was recruited by Gen. Elly Tumwine, the Minister of Internal Security, to support ISO in its misinformation operations against Rwanda. This is after they had identified him as a potential attack-dog.

Rugari was also helped by the fact that he had been running around begging for favors from Gen. Muzeyi Sabiti, the Deputy IGP of the Uganda Police.

Rukundo now wants to exploit the Rwanda-Uganda crisis to prove that he is a patriot so that these Generals can support his political ambitions. He is taking money from them to attack Rwanda, the money he hopes to use for his campaign for parliament.

But Rugari should ask himself why these Generals didn’t protect him against being fired by the PS, Diane Twine. It is because they are only using him to attack Rwanda and will dump him when -as it is now obvious – he fails to make an impact.

Analysts believe that support for his 2021 campaign depends on how President Museveni will have assessed Rugari’s anti – Rwanda campaign. So far things don’t look good for Rugari. If for 25 years Museveni has tried everything possible to hurt Rwanda and he has failed, is this mere Rugari going to succeed?

As of now he is facing a court case that will probably get him back to poverty. But he insists on doing things he can’t manage, even things that Museveni has failed to do. It seems the right thing is for anyone who cares for Rugari should advice him to go back and get a job in medicine.